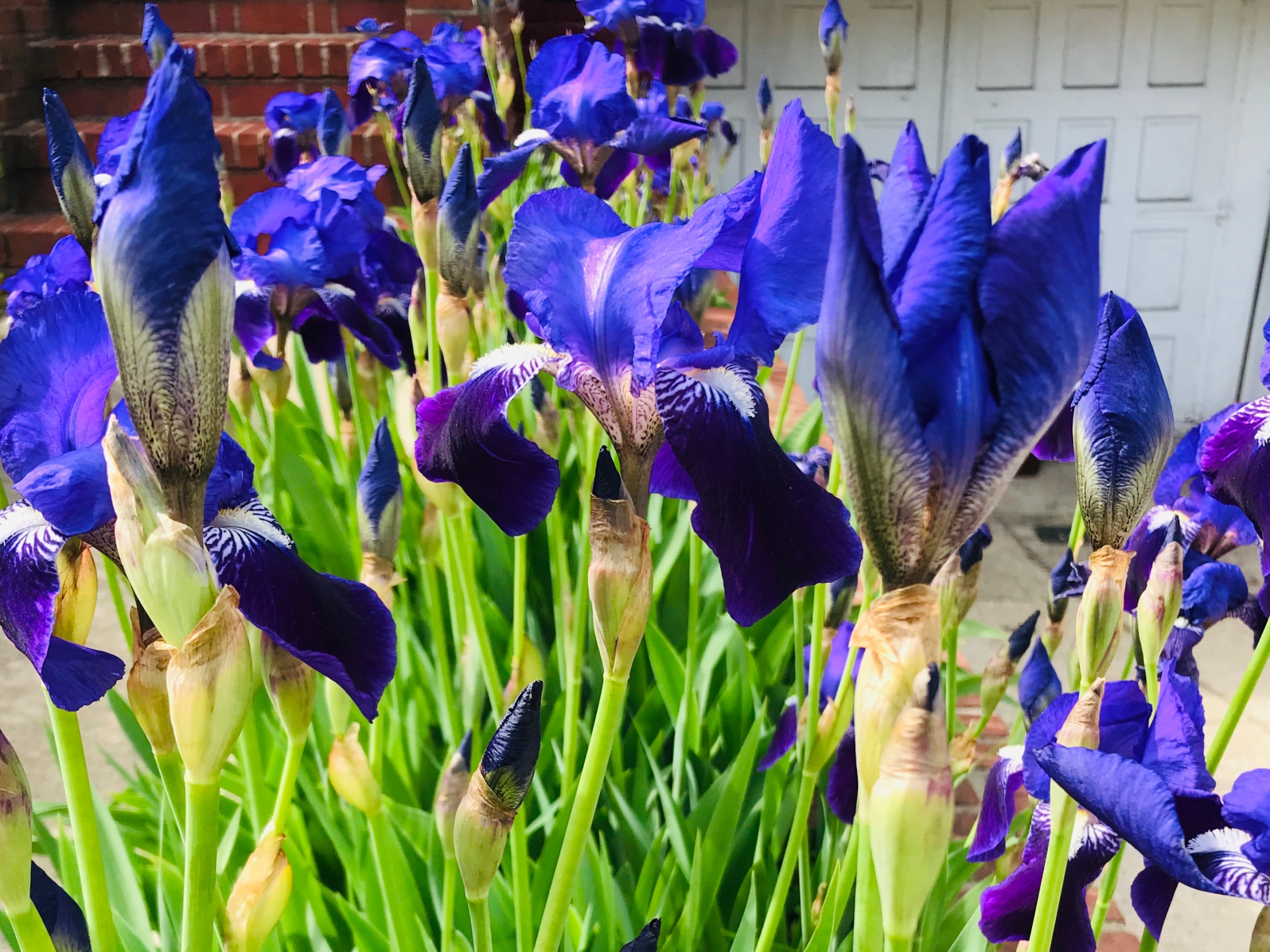 Mom used to joke with us (sort of) when she was about to lose it, that she had bats in the belfry. I can understand this expression because the guy upstairs, right above where I’m typing, is “playing” the bongo. He think’s he’s good. He’s not. He thinks it’s OK to torture us with his tinny, brain-slamming percussion. People, it’s not cool to play the bongos publicly when you don’t know how. I’m just sitting here, minding my own business, trying to get a tan, trying to chill out before the week ahead, and this fool-man is making me want to scream, “Shut the f— up!”

I am becoming a New Yorker.

By the time I leave, I will have been here–to the day–officially, two months. Dealing with the heat the building superintendent insists on never turning off, the stoned karaoke neighbors, the 13-year-old boy’s constant tantrums, the red cardinal that comes out each morning and sings for me, the full cycle of blooming tulips and van Gogh neon blue irises, barren trees now bikinied in jeweled green leaves, the 9 pound 4 oz, infant who morphed into size-three months sleepers, the new afternoons iced with butterscotch skies, the turquoise bistro table that holds a bottle of sparkling Boisset wine, my daughter who is healthy, my son-in-law who, God bless him, takes care of Millie at night while he crams for first-year med school exams while encouraging his wife to sleep.

I’ve ordered bagels and cream cheese via a delivery service twice and pizza once and now, Thai food. I’ve been on a dozen walks around the block. I wash my hair ever other day. I put on make up twice a week for Zoom calls. I’ve ordered three new shift dresses and leggings because I only packed for a week. I’ve Venmoed grocery $$$ to my daughter three times and have about $12 cash.

I’m still not sleeping through the night. I wake up thinking I hear gun shots. But it’s the rattling vertical blinds shaking in welcomed wind. I’ve watched “The Handmaid’s Tale”, “Little Fires Everywhere”, the tiger guy, “Waco”, tons of late night talk shows and have yet to finish the giant book I brought or finished knitting even half of the blanket I naively thought I’d have plenty of time to work on while in New York City.

I’m listing. Yes, I’m aware this is not particularly interesting to read. But I’m trying to add up the equation, make sense of this boxed-in time. Days, weeks, months have passed and now I’m blogging, talking, sharing with strangers. Why? Why do I open the window and stand out on the balcony looking, listening, feeling the day’?

Because I’m alive. Thank God. I didn’t get ill. Because we did the right thing, the safe thing, the wise thing the protestors are now complaining about. Because we trusted the experts we have the luxury of craving fellowship. Our brothers and sisters who lost a loved one don’t have that option. We have been isolated from their grief. Maybe if the protesters got sick or had a loved one die they would be praising not complaining.

So I sit on the balcony and cite statistics and have another glass of wine knowing that I may now just be a real New Yorker. I’ve experienced New York’s seasonal transition from early to mid Spring. I’ve become a fan of these rugged people who “just deal with it” and endure. I think everyone here is Governor Cuomo: Empathetic. Factual. Personable. Do what you gotta do.

I’m not New York-salty like my daughter. But I’m a hell-of-a-lot more appreciative. I really do heart NYC, city of my first granddaughter’s birth, home to America’s true rock stars.

← Time to write
Saturday Before Sunday →