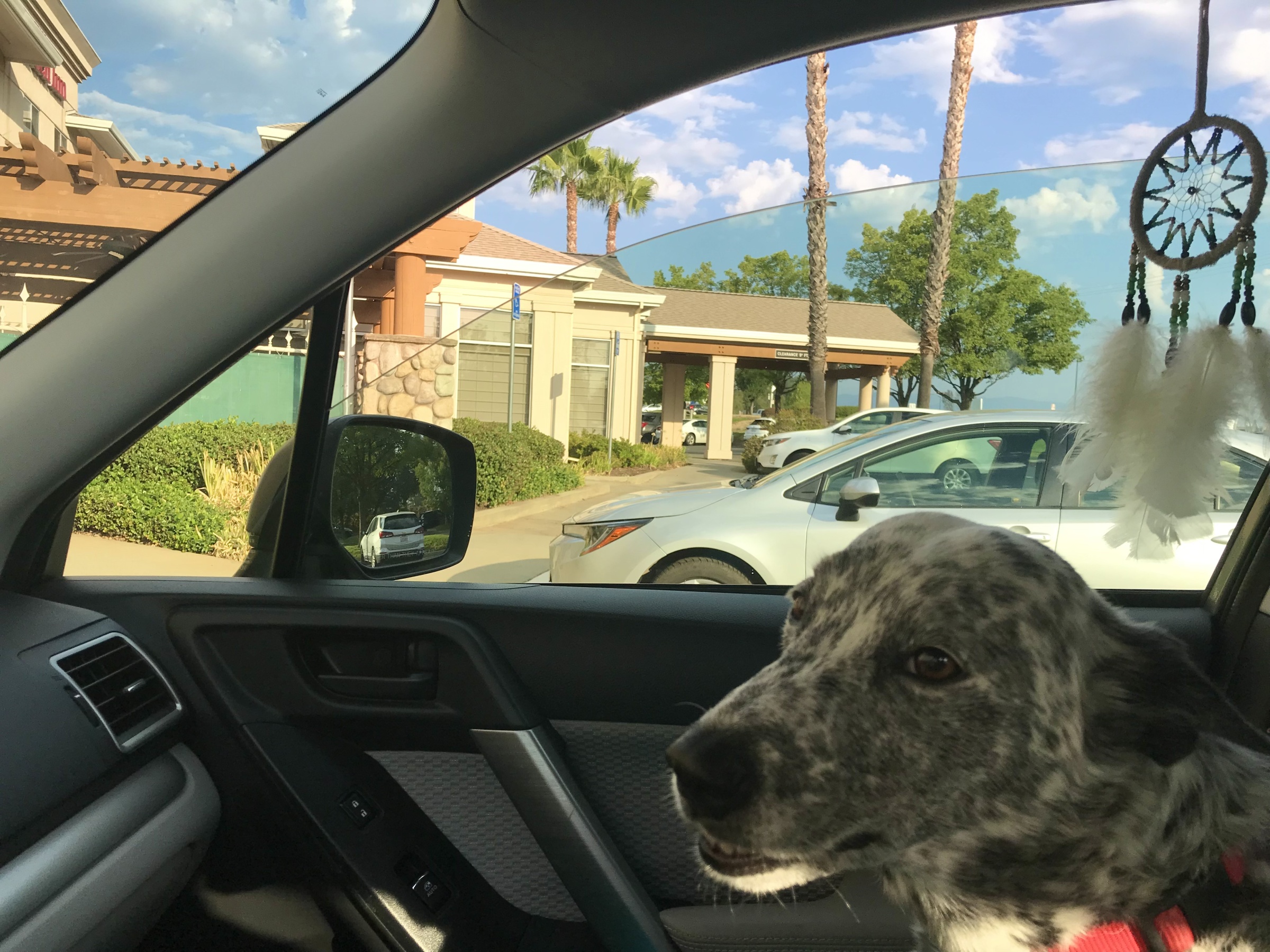 I am in the process of healing those below-the-surface microrganisms–-emotional bacteria. I knew it was there, but the gurgling junk—The Why behind The Why—was easy to bury beneath The List of Tasks and Shoulds. Keep calm and carry on sort of thing. Well, here’s what I know about giving one’s self a calm space with ZERO Shoulds: You begin to hear better, see better, your body gets looser, you take unapologetic naps, you’re suddenly open to music beyond what’s on your Playlist, car-dance to entire soundtracks (“Hadestown”, “Ken Burns’ “The War”) and suddenly those feelings you’ve been pushing down start to rise to the surface. Opportunities to heal unfold. You begin to dream again and answers are whispered.

Day 6 of My New Life Thus Far: My Very Sick Brother, the source of a great deal of pain I continue to process. He didn’t mean to be mean. But he was. I’ve tried to trace back the origins: Why is he like this? I blamed myself for being born, for taking away my parents’ attention, for me being me, which he tried to change—for whatever reason. I was fat, too emotional, insincere, not intelligent, impulsive, overly imaginative and the list went on and on. I was afraid of my brother, as were others, because he could snap and throw chards of glass over practically any comment he disagreed with. He was superior and everyone else was The Inferior, aka Stupid, aka Me.

Despite it all, I looked up to my big brother: He was–-is—incredibly smart. He was—before illness felled him like a wind-blown redwood—tall, handsome and engaging. Sharp, too, and witty. He was/is decisive and measured. A former Naval officer, then high-ranking policeman, I craved his acceptance and love. But every time I tried to get close, I had to duck, be on-guard, hold up a shield, which never worked because his ugly words always—always—penetrated my pathetic self-defense. I learned to never win, to always, at least in his eyes, accept being wrong. I learned to avoid, mask, overeat, whatever it took to protect myself from his venom. Until last week when I felt compelled, one could say called, to drive up to Oregon to visit my brother and his equally bruised, lovely, family. Something inside me said, “Go. Don’t wait!”

My pup and I made the long trek; I was proud of myself for jumping two feet into the New Life I said I wanted: Adventure awaits! I stayed at a hotel—a very big deal for Solo Me—and negotiated the unfamiliar roads, and on Wednesday last, drove up the dirt driveway to my brother and sister-in-law’s former house, now leased-to-own by my dear niece and her husband. The last time I was there, the experience wasn’t pretty: our dad was sick and my brother was in his typical foul, raging mood. The tension was so bad I couldn’t wait to leave. Long after I returned home, the hostile encounter gave me nightmares.

This time, however, my brother was in a rehab facility 30 mins. away. He was seriously ill after a blood infection almost killed him. He’s been in and out of the hospital for months due to numerous falls and complications from diabetes and alcoholism.

I had hoped this trip would soften our relationship, that somehow, I would be “used” to plant seeds to help him heal his relationship with his family. I wanted to be The Light, prompt an awakening. Silly me. Predictably, there was no “Come to Jesus”, choir-singing, running up to the altar, falling down, baptismal, salvation—YAW00ZZAA—TV moment.

“In God’s time,” my friend, Julie, reminds me. Ugh. Patience is not one of my virtues.

One might think a person with my brother’s numerous afflictions would have the insight, grace, humility to seek closure, to say he’s sorry, to ask for forgiveness, which would be the most awesome, healing thing he could say to me and his adult children. I don’t  understand such stubbornness. Our dad always said he was sorry after a disagreement or misunderstanding. It was one of the qualities I most admired about our dad. Not my brother. Like steel. Maybe he thinks apologies are a sign of weakness. Maybe he loathed that trait in Dad. Who knows?

To me, being vulnerable, admitting guilt, is a sign of strength.

So yesterday, a cup of coffee in hand, I knocked on the door to their cottage and prayed God would give me the right words to say before my journey back to SoCal. (I forgot to mention that his mule-headed stubbornness prompted an early release from the step-down facility so he could be in care of his saintly wife.)

Despite his illness, being frail, in a wheelchair, dependent upon others to feed and clothe him, my brother is still Marlon Brandon Godfather-scary. His tongue is sharp and opinions shaped by FOX “News”. He tries, but anger is his go-to. Just yesterday, I broached a tough subject—the strained relationship with one of his daughters—but he told me to back off. OK, so I don’t have the gift of Mother Teresa to open hearts. So instead, I shared my own story of trying to learn from my mistakes and be a better person.

He listened. But no response.

He returned to a non-controversial topic: vacation plans; “I’d like to take the family on a cruise, re-trace the steps of Jesus.” Wow. Never expected that from my non-church-going brother.

It was getting time for me to hit the road when he looked at me. “I’ve been thinking about this for a while,” he said. He wanted to compliment me for having the courage change my life; “You’re on the right path.” Then he offered me a couple of brotherly financial tips.

I realized, it was his way of telling me that he loved me.

Instinctually, I leaned over, hugged him and gave him a kiss—something we NEVER did or do. Cupping his hollowed, grey face, I said, “Thank you. Thank you for being my big brother.”

I am who I am because of you.

I have chosen this path, lived my life the way I have, because of my Big Brother’s influence, both good and bad.

He cried. I cried. His wife cried.

If the only prayer you ever say at the end of the day is thank you, that’s enough, I remember Oprah Winfrey saying.

I’m not sure what all this means, but I can tell you those aimless cycling feet I described to my brother when he was strapped to a hospital bed in the convalescent home, now those same feet feel grounded, assured, as I hike around a sunny, breezy, lake in Southern Oregon, a place I never expected to be. In a rustic cabin, alone with my dog, art materials, a couple of books, and my thoughts.

I can’t predict the future. But what I know is today I am at peace.